Marriage is the Complete Image of God

There is an old saying about love and relationships, “opposites attract”. The reason this saying exists is because it is true. God designed men and women differently and that difference attracts us to each other. Likewise, God designed everyone to have different personalities, traits, styles, and characteristics. Isn’t it interesting how different your spouse is from you? Think back to when you first met your spouse. Wasn’t it an exciting time for the both of you? Now think about what character traits that attracted you to your spouse. More than likely, your spouse had many opposite characteristics than you had. 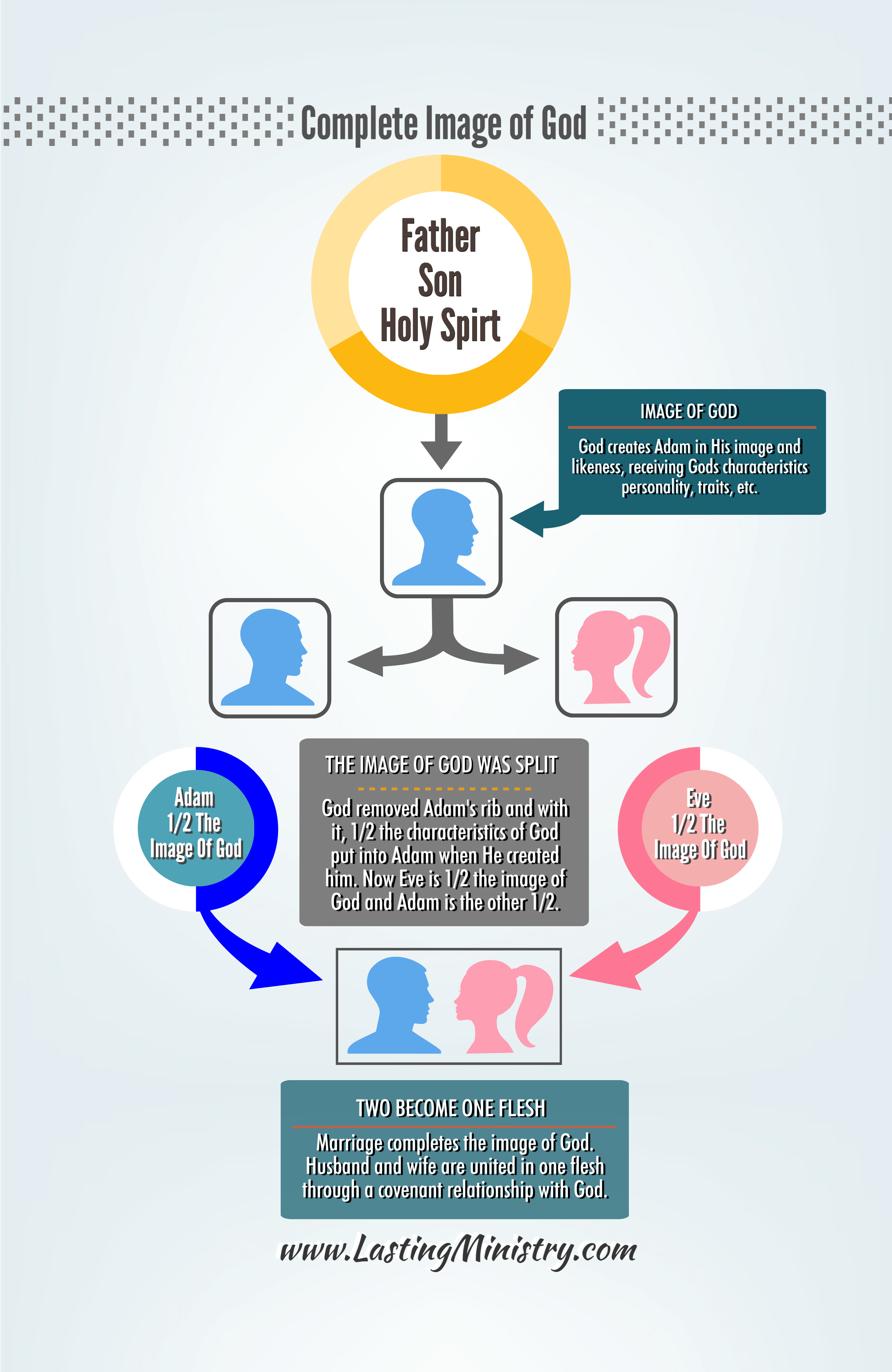 Your relationship with your spouse may not be that drastically different, but more than likely, there are differences between the two of you. A husband may be a go-getter, that is passionate about everything, and driven to conquer the world. His wife may be a go-with-the-flow, relaxed, and compassionate person who enjoys quality time with her friends and loved ones. Another couple could have personalities where the wife is a very outgoing social butterfly who loves to be the center of attention while talking with everyone she sees. The husband could be an introverted thinker who is deep and thoughtful and feels like a fish out of water at parties.

While God designed you to be an individual, you by yourself are only part of the whole. That whole is God’s original design to be completed in marriage. Biblically, when a man and a woman become one flesh in marriage, they become the complete image of God. To understand this concept, we need to look back at creation in the book of Genesis.

“26Then God said, “Let us make man in our image, after our likeness. And let them have dominion over the fish of the sea and over the birds of the heavens and over the livestock and over all the earth and over every creeping thing that creeps on the earth.” 27So God created man in his own image, in the image of God he created him;
male and female he created them.”
Genesis 1:26-27 ESV

After the creation of Adam, the Lord saw a problem because Adam was alone. All the animals God created had a mate but Adam did not and was alone. The Lord said that it was not good for man to be alone so the Lord created a helper for him. Now God could have created Eve in any way he wanted. He could have created Eve exactly the same way He created Adam (Genesis 2:7), from the dust of the earth and breathe life into her nostrils making her a living creature. But He didn’t.

God caused Adam to fall into a deep sleep and took one of Adams ribs and made Eve from that rib.  Other translations have other words for “made”. Made can be translated into: formed, built, or fashioned. This shows intentional design from the Lord in His creation. The fact that He took from Adam’s body to create Eve shows us great insight into why we become one flesh in marriage. Since man is the image of God, and God took a part of that image out of man to create woman, the image of God is now separated into two beings. Adam is now half of the image of God and Eve has become the other half of the image of God.

Since the one being was split in two, half of the characteristics, personality, and traits, are in Adam, and half are in Eve. Here is where we see the deliberate nature of God in marriage. Genesis 2:24 says the man and the woman shall become one flesh being joined together by God. God separated the image of God (Adam) when He created Eve, and now the image of God is brought back together when man and woman are married. Remember Jesus’s words in Mark 10:9 when he says that God joins man and woman together in marriage. So it is God who separated them and then joins them back together in marriage.

Marriage is the Complete Image of God
Tagged on: Complete    Image Of God 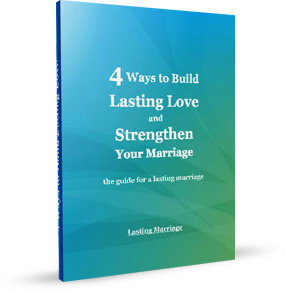